A Toolkit for Directors of Small-Micro-Nano Cap Companies

Please contact the chapter for additional event details.
View All

Small, micro and nano companies are subject to the same stresses on governance from the investment community, activists, proxy advisors  and regulators as large companies but often are challenged for resources.  We hosted a highly interactive session that provided practical guidance for directors and C-suite officers of small, micro and nano cap public companies on topics such as:
Greater effectiveness in your institutional shareholder relations
Recognizing an activist in your midst
Responding to a proxy campaign
Dealing with proxy advisors
Attracting and retaining qualified directors
Getting analyst attention
Engaging the right advisors
For the event summary and slideslow presentation see "Event Summary" button below.
Speakers 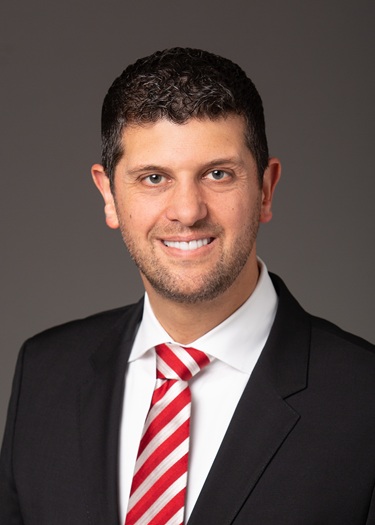 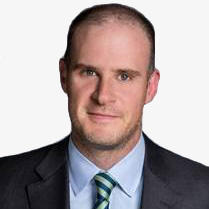 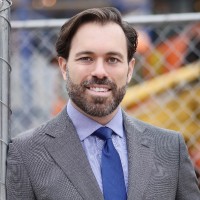 KAI LIEKEFETT is a partner in New York and chairs Sidley’s Shareholder Activism practice. He is one of very few lawyers in the world who devote 100% of their time to activism defense and proxy fights. He has more than 18 years of experience in corporate law in New York, London, Germany, Hong Kong and Tokyo. In the last five years, Kai has been involved in nearly 50 proxy contests, more than any other defense attorney in the world. Kai has been named a “2019 Dealmaker of the Year” by The American Lawyer for the Wynn Resorts proxy contest. He has been recognized in the 2017, 2018 and 2019 editions of Chambers USA as one of only seven leading attorneys for Corporate/M&A: Takeover Defense. He frequently teaches classes on shareholder activism, including at Harvard University and speaks regularly on panels around the world. Kai is frequently interviewed and quoted as a thought leader by the national and international media, including CNN, The Wall Street Journal, CNBC, The New York Times, Bloomberg, Reuters, Financial Times, USA Today, Forbes, Law360 and The Deal. He sits also on the advisory board of the New York Chapter of the National Association of Corporate Directors (NACD). Kai holds a Ph.D., magna cum laude, from Freiburg University; an EMBA, summa cum laude, from MÃ¼nster Business School and an LL.M., James Kent Scholar, from Columbia Law School. He was in the top 0.1% nationwide in his First Legal State Exam (J.D. equivalent) and in the top 1.5% nationwide in his Second Legal State Exam in Germany.

Jeannie Diefenderfer is a business leader who turns the challenges of modern corporations into profitable opportunities. With extensive experience as a senior executive in a Fortune 20 environment, she understands how to transform operations to focus on customers for competitive advantage. During her 28-year career at Verizon Communications, Jeannie was an advocate for change in pursuit of the truly remarkable. She led both technical and operational organizations, with each job inspiring true believers in her approach. At Verizon, Jeannie held a range of roles including SVP of Global Engineering & Planning, Chief Procurement Officer, and SVP of Enterprise Customer Care. She managed organizations with up to 10,000 staff, operating budgets up to $12 billion and capital programs over $10 billion. She ran and expanded the world’s largest voice and data network to connect six continents and shifted the complexities of customer care into a strategic growth driver. She rallied her teams around a common vision and strategy, shifted routine thinking into continual innovation, and improved important business drivers such as capital productivity and cost efficiency. Along the way, Jeannie celebrated the human side of business. She cultivated workplace cultures that empowered and engaged employees, developed strong business relationships, and operationalized Verizon’s commitment to diversity. She initiated a consortium of Fortune 100 companies to support procurement from women and minority suppliers and served on Employee Resource Groups including the Minority Multicultural Association of NYNEX, Women’s Association of Verizon Employees, and the Asian Focus Group. Her work won her recognition from business and industry groups, including Outstanding 50 Asian Americans in Business and Asian Women in Business Corporate Leadership Award. She was listed in Crain’s New York Business “40 under 40” publication and was a member of the 1999 class of the David Rockefeller Fellows Program. Jeannie is currently an independent director on the board of Windstream Holdings (NASDAQ: WIN), Chair of the Accenture Network Advisory Council, an Advisor to Sedona Systems, and Vice Chair and a trustee of Tufts University. She previously served on the boards of MRV Communications, Westell Technologies, Citizens Funds, and the Ms. Foundation for Women. Jeannie holds a Bachelor of Science in Chemical Engineering from Tufts University and an MBA from Babson College. Jeannie resides with her family in Chester, New Jersey. A native of South Korea, she immigrated to the US at age 13.

Ted leads Edelman’s U.S. Investor Relations practice and advises the senior management and boards of public companies on strategic communications including investor relations, financial and corporate public relations, transaction communications, crisis communications and leadership positioning. Recent IR engagements include Hilton Grand Vacations, Cognizant, Bridgestone, Pitney Bowes, Wingstop, At Home, Lumber Liquidators, and Herman Miller. Ted has also advised on many IPOs and Spinoffs including, Darden Restaurants, Hilton Hotels, Hudson Group and Nexa Resources. Prior to joining Edelman in 2015, Ted was Director, Investor Relations for Parkway Properties, Inc. (NYSE: PKY; $2.0 billion market cap real estate investment trust). While at Parkway, Ted led the development of the company’s financial communications strategy and served as main point of contact to the investment community and members of the media. Under Ted’s guidance, Parkway established an industry leading IR program that led to a 25% increase in sell-side coverage and a broadening of Parkway’s visibility among institutional investors. Ted helped execute an IR strategy to support Parkway’s $1.2 billion acquisition of Thomas Properties Group (NYSE:TPGI) in September 2013 as well as the completion of two secondary equity offerings that generated approximately $350 million in net proceeds. Previously, Ted was Head of Investor Relations Advisory Development, Americas at NASDAQ OMX, where he was responsible for executing a product development strategy for the firm’s $50 million+ IR advisory services business that consults corporations on the capital markets and effective communications to the investment community. His past experiences include leading NASDAQ’s Technology and Consumer advisory practice teams as well as running the firm’s Special Situations Advisory Program, which provides intelligence to clients facing increased interest from activist investors. Ted has a BA in Economics from Lafayette College and an MBA in Finance from Fordham University. He is an Adjunct Professor at Fordham University Graduate School of Business where he originated and instructs a class on financial communications and its impact on the capital markets.

Brian Valerio is a Vice President in the Proxy Solicitation Group at Alliance Advisors. Brian advises senior executives and their clients on various corporate proxy solicitation issues, and supports senior proxy executives by performing advisory influence analysis, governance research, and vote reporting. Prior to joining Alliance Advisors, Brian was an associate in the New York office of a national law firm. Brian began his legal career as a clerk for the Honorable Eugene H. Austin of the New Jersey Superior Court. After his clerkship, Brian joined one of the largest and busiest prosecutor’s offices in the nation where he learned how to aggressively advocate for his clients. Brian received his B.A. in Government from Wesleyan University and his J.D. from American University, Washington College of Law. Brian is a member of the New Jersey and New York State Bar Associations.